Skip to content
Robots among people or people among robots?

Robots among people or people among robots?

The question in the article title, considering a rapid development of technology and robotization, may suggest a future as seen in the science-fiction movies – or is it already here? Stay calm, there is still a long way to go, however, the current state of the robot market seemed unattainable just 10 years ago. A situation where the industrial robot was a novelty and curiosity, even in a large corporation and was seen with scepticism, is now a standard. 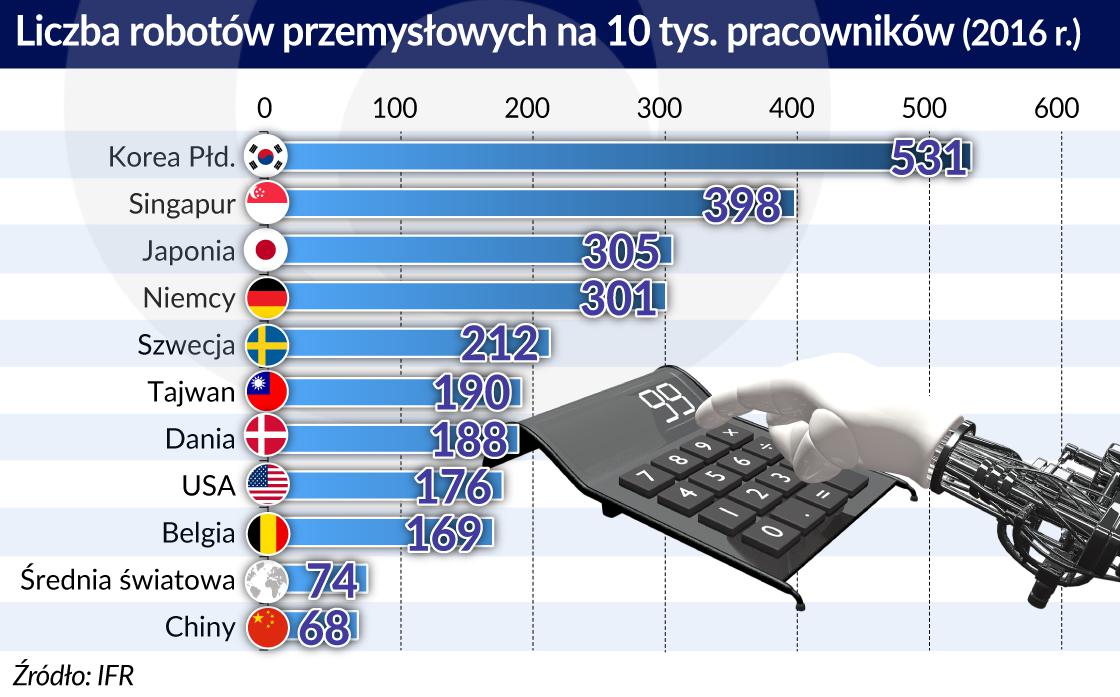 How is robotization introduced in other countries compared to the leading countries? One of the largest economic powers in the world – China – has 68 robots per 10,000 workers, however, the number can be misleading, since it has the largest number of industrial robots in the world and every year it beats the records in the number of purchased manipulators.

How does Poland compare to other countries? Based on 2016 data, there are 32 robots per 10,000 workers in Poland, which is almost twice lower than the world’s average. We are behind Hungary and New Zealand and ahead of Russia (10 times more robots!) or Turkey. 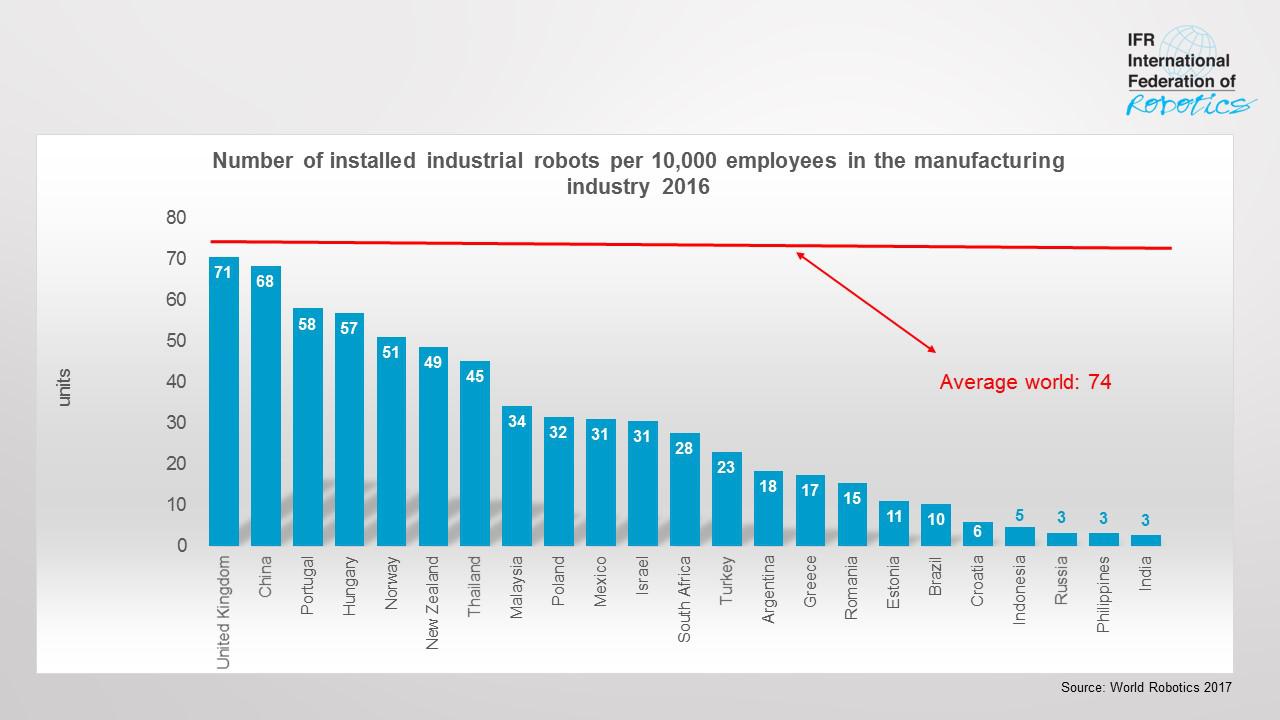 We must remain optimistic, since in 2011, there were just 14 robots per 10,000 workers in Poland, which means that in the last 5 years, the number doubled, and the predictions for the years to come are great.